Taurus Birthday Reading Instant Access | Pre-order The Ultimate Mercury Retrograde Reading | Instant Access to Millennial On Board: Astrology Reading for a Generation in Search of Direction

I begin tonight’s program I survey the culture of cheating that we live in, and take the question back to Chiron in Capricorn and the Enron scandal. I also look at the upcoming Mercury retrograde, and the involvement of Mars in that pattern. And then I go over a grouping of aspects between now and Friday that include Mars opposite Saturn, Vesta conjunct Chiron and Psyche conjunct 1992 QB1.

In the third segment I do the chart of Bono and talk about how it is that he became involved with Brian Eno and Daniel Lanois, reading from an interview with Brian and Danny who tell the story in their own words. 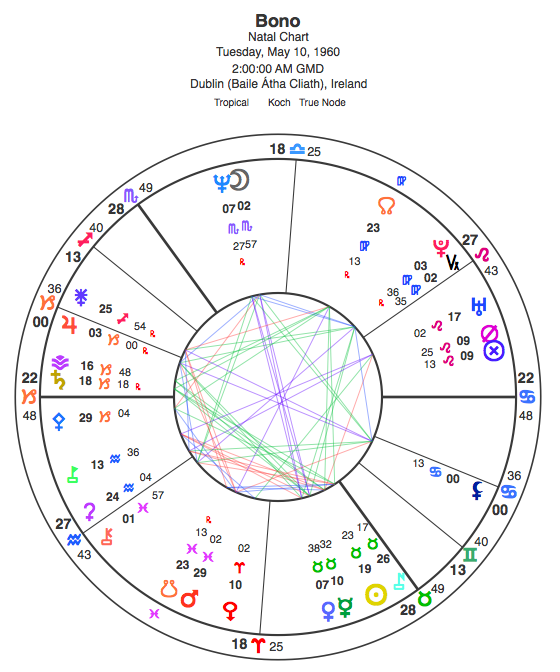