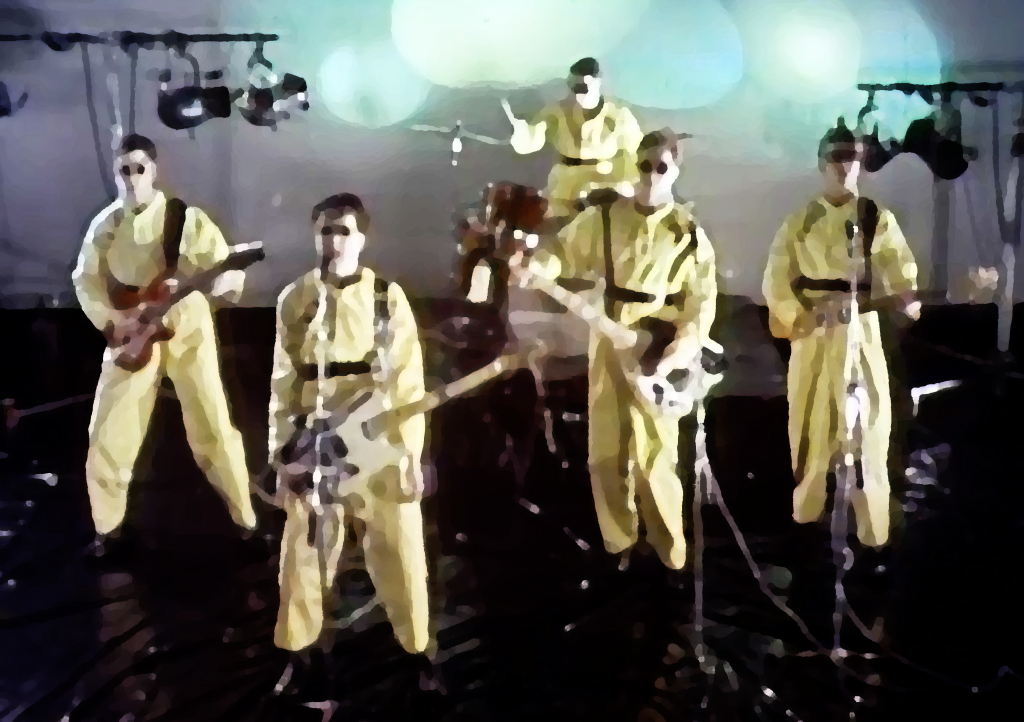 Please join me tonight at 10 pm ET, 7 pm PT, on RADIO KINGSTON for an interview with Jerry Casale, co-founder of the rock group DEVO. Jerry was a witness to the Kent State massacre in 1970, the grandfather of all school shootings.

Use this link if you’re listening on an iOS or mobile device. Download MP3.

As we go deeper into this most unusual, challenging and potentially troubling phase of history, intelligence is the thing we need the most. That is the theme of the 2019-2020 annual edition of Planet Waves, now available for pre-order. See more information here.

Hey Sagittarius — Jupiter’s arrival in your sign means you’re entering a year of new experience, greater understanding of who you are, and inspiring growth. Your 2018-19 Sagittarius birthday reading by Eric will help you make the best of Jupiter’s gifts.

Tonight we have something that’s got a touch of history to it: an interview with Robert Schmidt of Project Hindsight, who last week announced that he had discovered the inventor of Greek astrology, which means Western astrology.

From its beginnings in 1993, Project Hindsight tasked itself with the translation of ancient astrological texts, so that astrologers would have them to use and learn from.

Up to that point, the translations were nonexistent or poorly done, and the origins of Western astrology were hazy.

Eventually, as his collaborators Robert Hand and Robert Zoller went in their own directions, Hindsight under Schmidt’s leadership stuck exclusively to Greek astrology, starting with documents from the 4th century BCE.

Those include something called the Thema Mundi, which we discuss in the interview. Images of that have been added below.

Through extensive reading and translation of the literature, Schmidt deduced that there were both founders and a founding era, and his research all points to a Greek mathematician and astronomer named Eudoxus of Cnidus (c. 390–c. 337 BCE) as the leading founder.

Hey Gemini — the Sun and Vesta are now in your sign, and Jupiter is on its way to your house of fun and creativity. Find out what this will mean for you. Grab hold of your 2016-17 birthday reading at the bargain pre-order price of $19.97.

Not a Gemini? You can pick up your latest birthday reading, plus our 12-sign readings, classes and much more from the Planet Waves Boutique.

Most people are familiar with sex. Some like it. Some like it a lot and seek to engage in sex more than others.

Some people are inclined to think that the desire for “too much sex,” however much that may be, is due to a mental disorder.

In this edition of Radio Curious, host Barry Vogel visits with David J. Ley, Ph.D. the author of The Myth of Sex Addiction. In this first of two conversations with Dr. Ley, the argument that “sex addiction” is a fraudulent concept is presented. In part two we discuss the evolutionary development of human sexuality and the many cultural approaches to sexual expression.

Barry spoke to Dr. Ley by phone from his office in Albuquerque, New Mexico on August 6, 2012. They discussed why he characterizes “sex addiction” as a fraud, not as a disorder.

On the recent Planet Waves FM, I mentioned that Jonathan had a technical partner whose name I did not know. That would be Stephen Lord, who just wrote to introduce himself to me, and sent this letter. — efc

I remember the first time I met Jonathan.

It was in the early 80s and I was working for a small IT firm, Senlac Systems in west London, when the MD of the company introduced us.

“This is Jonathan Cainer,” he said. “He’s got an idea for an astrology program and I thought you two might be a good match.”

We chatted briefly, realized that my interest in astronomy would prove useful and agreed to try working together. Thus started a relationship which lasted for more than 30 years.

Something that's got a touch of history to it: an interview with Robert Schmidt of Project Hindsight, who has discovered the inventor of Greek astrology.

Beltane, a Tribute to Jonathan Cainer, and Father Daniel

Eric pays tribute to his friend and mentor Jonathan Cainer, the renowned and beloved British astrologer. Jonathan died unexpectedly May 2 at his home in Yorkshire.

How To Be An Astrology Student and Not Hate Yourself

A glorious, fire-breathing, fun-filled show on how to be an ethical and compassionate astrologer -- and what not to do. A manifesto for anyone wanting to study and practice astrology.

During a takedown of putative fascist Donald Drumpf, Eric delivers what may possibly be his best rant on sex and sexual liberation ever.

Far Above the Moon :: Tribute to David Bowie

A tribute to the life, music and astrology of musical innovator and all-round genius David Bowie.

The touchy issue of facing the future in a time of global and individual struggle.

Featuring the music of Lewis Allen Reed, better known as Lou Reed. There are some people I wish would live forever, and he was one of them.

Exclusive interview with two former "manosphere" bloggers who had been unmasked and become infamous in their home town of Asheville, NC. Full podcast series on Asheville here.

An exciting double feature: an interview with Dr. Eric McLuhan, and another with his son Andrew on The Writing Crisis.

In this special edition of Planet Waves FM, you get to hear an extended conversation between Eric and Rob Hand, the dean of American astrology.

Rob has worked with Bob Dylan, the Rolling Stones, Bob Marley and just about everyone else.

How did Pete Seeger pull off being so politically out there, but at the same time seem so smooth and unpreachy?

Coverage of Dioxin and PCBs is at Dioxin Dorms Website